Robot framework is a test automation framework that uses its own builtin robot libraries. The core framework is implemented using Python language and also runs in Jython(JVM) and IronPython(.NET). With Robot framework we can do both UI testing and API testing.

Robot framework also gives the flexibility to create own test libraries. The name of the test library should be same as the class or module implementing it. This test library can be called by importing it.

As a part of this blog, would like to showcase on how api’s are being processed effectively by aws microservices components and how integration testing of these components using robot framework is executed.

Api testing is basically a part of integration testing to determine that they meet the intended functionality of the application and also its security. Since API testing is done without GUI its validated through response code, message and errors. And through amazon api gateway its made easy to process and publish secure api’s at any size.

All RESTful api’s that uses HTTP request to GET, PUT, POST and DELETE data, needs to be automated are written in apibase library file. This library can be initiated with header “Content-Type”: “application/json”.

An application can subscribe to list of SNS topics. Through SNS it’s easy to send notifications reliably to endpoints and through SQS it’s easy to receive, store and send messages between software components. The packets/messages published by an application is received by SQS queue and Event Source(ES) queue as these queues are subscribed to the SNS topics which are also subscribed by  application too. The end application polls messages from the SQS queue process them and update accordingly in its database. And if the user wants to see the expired messages within a specific time range, an api to re-play those messages is requested and the messages get replayed back from Dynamodb to the SQS queue specified in api body.

Boto is the Amazon Web Services (AWS) SDK for Python, which allows Python developers to  make use of Amazon services like S3 and EC2.

To connect to SNS:

To connect to SQS:

To connect to DynamoDB:

DynamoDB values can be read either by scanning or by querying.

Scan operation is required as it can return items by accessing every item in table. FilterExpression is used to return items based on specific condition.

After establishing connection to aws resources, the queue is accessed by providing the name. As in AWS, messages can’t be read as a batch from queue, each message body is stored in json format in a list like below.

Once the end application consumes the api information, its deleted from the queue. Finally it’s checked whether the information is processed correctly by validating the messages stored in list is available in the database of receiving end application. 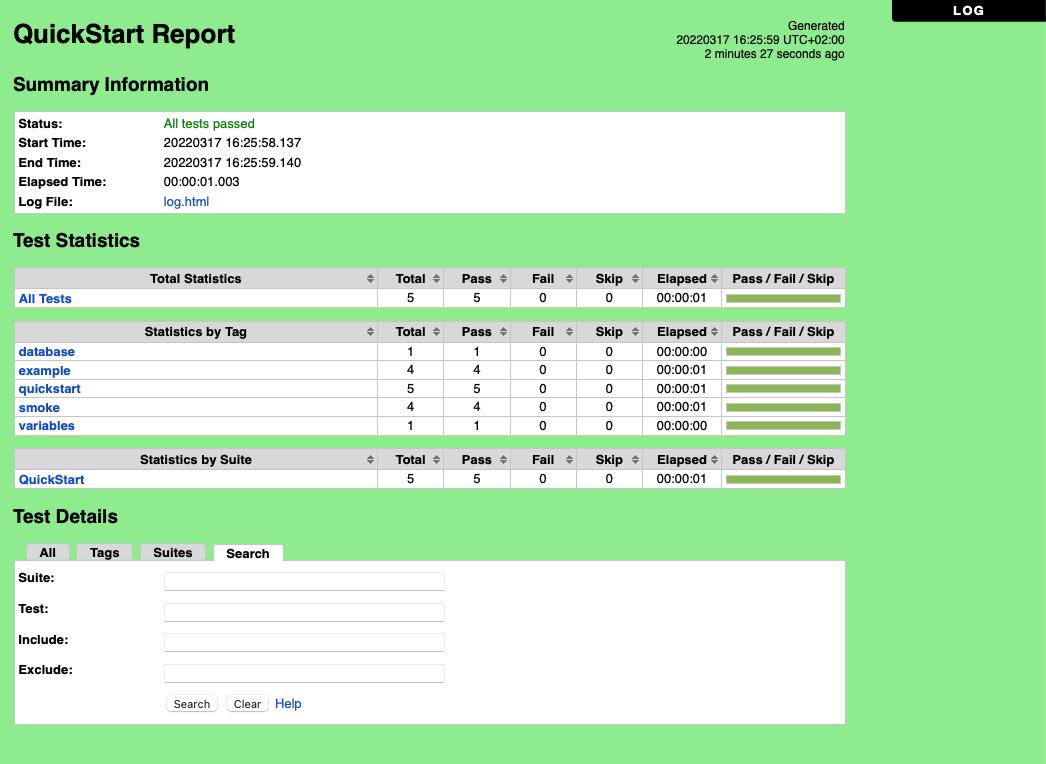 As a part of this blog, have detailed on how robot framework testing cab be used when large volume of data needs to be ingested, stored, protected and processed by AWS components for customers to handle their data.

Using REST with SAML in Java

E2E : Why to use Protractor over Selenium for Angular Apps

Did you ever wish there was an iPhone Client for SugarCRM?